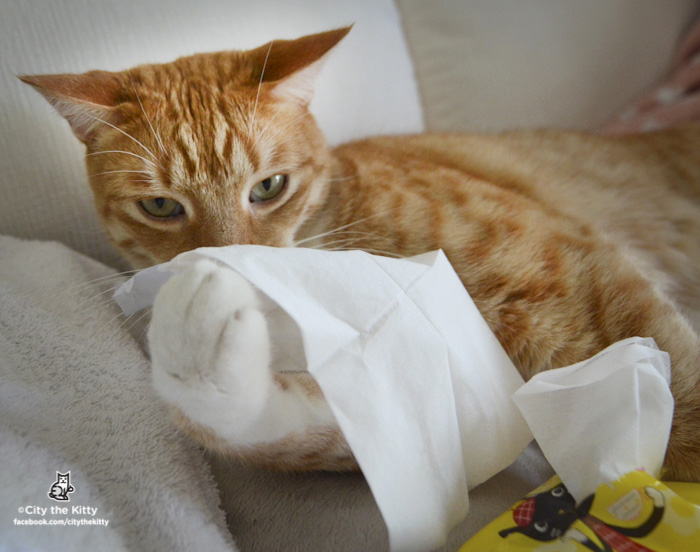 In November of 2015, I had received a note from a supporter who had reached out to a semi-famous veterinarian and respectfully asked him if he would help us with awareness for declawing and the bill in New York.

This veterinarian was Dr Andy Roark. He had told this supporter in an email, “I’m opposed to declawing but have not made my views on this issue public for a variety of reasons.”

Dr Roark went on to tell this person in an email that he believes he can do more good in the veterinary community when his feelings are unknown because it helps him generate productive discussions without having people get defensive and shut down.  He said that he would like to move veterinary medicine forward as a whole, and that was the best way for him to do that.

Hmmm. So, I did a little research and tried to find ONE place that Dr Roark had talked about the humane alternatives to declawing or the actual procedure itself or anything with the word declaw.

I couldn’t find one story or video anywhere, ever. So then I asked this supporter if they knew if Dr Roark declawed cats. They said they didn’t but had called the veterinary practice that Dr Roark practiced at and two of the employees had told them that they could make an appointment and specifically get their cat declawed by Dr Roark.

So then I was quite surprised and wanted to confirm this myself because it was hard for me to believe what this person told me.

I called  to get a price for a declaw at Dr Roark’s practice, Cleveland Park Animal Hospital in South Carolina, and sure enough an employee on the phone said that I could book an appointment to get my cat, 4 paw declawed, by Dr Roark himself. I was quite surprised since he had said he was opposed to declawing, so I kept trying to confirm this by booking appointments on different days and even had a Los Angeles Times journalist listen in on one of the phone calls to book the appointment to drop off my cat to have Dr Roark declaw my cat. After asking if declawing would be ok for my cat or are there any long term negative consequences to declawing, the nice person on the phone at his clinic even said that they are excellent at declaws and do more volume than most clinics.

She even said that Dr Roark was filling in for a vet who was on vacation the next week, before the Thanksgiving holidays, and that I should book it soon because he was only in their clinic for a short time.   I even called back to book the procedure with Dr Roark for the Monday and spoke with a different person on the phone and they said yes and that I could just bring the cat in on that day early around 7am or 7.30.

I asked her to please confirm this with someone that I could get Dr Roark to declaw my cat, and she put me on hold and came back and said that was correct. Needless to say I was quite saddened to hear what 5 different people at his practice were telling me on different days. Also this other supporter who reached out to them, had the same results with Dr Roarks practice telling them that they could schedule a declaw surgery appointment with Dr Roark.

So I did what I always do and respectfully reached out to him in an email and told him about his letter I received from a supporter, asked him about his stance of being opposed to declawing yet choosing to stay in the closet about it.  I also just respectfully asked him as to why 7 different people at his practice said that cat owners could book an appointment to declaw their cats with him if he is opposed to declawing. Of course I knew that this is a legal surgical procedure that is performed in thousands of veterinary practices, but I just wanted to clarify this very confusing situation.

His response was that the information being given out by employees at his clinic was “inaccurate” and that he doesn’t declaw cats and hasn’t done them for years. He reiterated that he is opposed to the procedure and “councils against it.”

He said people don’t randomly call and ask him to perform declaws, or any other kind of surgery for that matter. He said he assumed the staff made the assumption that those cat owners asking for a declaw, knew him and that it was a special case.  He didn’t know what else to say as to why people at his clinic would be saying that he declaws cats and would offer to book a surgery day and time for it with him.

I moved on from those concerns and then tried to inspire him in another email to at least write some stories about the humane alternatives to declawing or how declawing is bad for a cat or anything that would help raise awareness to this mutilating and inhumane procedure.

I told him about all the stories I’ve been receiving from hundreds of cat owners about declawed cats suffering and how he could use his voice to help end this unnecessary cruelty. I took quite a few hours writing a long passionate and respectful note to him to see if he would help in any way that he can since he was “opposed to declawing.”

In one sentence he said he was, “impressed by my passion and dedication”,  and that I’m someone who is working hard to help pets and do good in the world. He said that he hopes I see similar characteristics in him.

And in the next sentence he said he didn’t feel inspired but he felt attacked.

Hmmmm. How did I attack him?

I simply asked some questions in a private email as to why so many employees at his practice that is a AAHA, AAFP Cat Friendly hospital were saying that they are a high volume declawing practice and that cat owners could book a declaw surgery with him personally.

I simply respectfully asked him if he would help us with this important cause instead of staying silent and tried to inspire him to be a leader in the veterinary profession that helps save cats from this inhumane procedure. I simply tried to show him what is happening to thousands of cats in America from this cruel and mutilating procedure that is being done by his colleagues.

Then after hearing his answer, I moved on from that confusing issue and simply went on to ask him if he would help us with this cause.

Dr Roark told me, “there’s a decent chance that I will draw public attention to this issue, but it will be when I am researched, inspired, and ready to try to make change.”  He also said, ” Inside the clinic where I work, you have created an opportunity for me to generate discussion with the staff and other doctors. I will take advantage of that.”

He wished me and City good luck and said, “I hope you are correct and someday declawing will be illegal.”

Hope and wishing aren’t going to end declawing. It’s going to take real action to make declawing illegal and we need help from people and organizations who are influential in this profession. I thought, if he hopes declawing is illegal then why isn’t he helping to be part of the solution to help end this inhumane and cruel procedure like Dr Marty Becker is.

So I took another 4 hrs of my time and wanted to leave him with one last passionate note to try to inspire him to help our cause.

I also showed him some of the unethical things many veterinarians are doing in regards to deceiving cat owners into thinking that declawing is painless and ok to do to a cat. I told him about the 3 kitties story 3 Kitties Story  I showed him photos of declawed kitties suffering. I wanted to show him what was going on behind the scenes on so many veterinary practices throughout America in regards to declawing and kitties needlessly suffering.

Not once did I threaten him on social media or in this private email conversation. Not once were my words harassing or abusive. Not once did I ask him to “publicly shame and condemn veterinarians.”

I was simply showing him the terrible propaganda and misleading information that many pro-declaw vets make available for their clients so that just maybe he would help with awareness to teach cat owners the truth. It would take just an hour of his time to write something that would reach his thousands of veterinarians and cat owners.

I wrote him things like this, “I like to think even bigger Dr Roark. What if City the Kitty and Dr Andy Roark collaborated to bring new campaigns of education and awareness about this horrific thing. Wow…I can see that you truly would go down in veterinary history as a “doctor” who did the right thing at the right time and helped end this with us. “

I was passionately trying to get him to realize that he has a shining opportunity on a silver platter that he could truly be one of the biggest heroes in his profession and help save thousands of cats from this inhumane and cruel procedure, or he could play the victim role and get pity and sympathy from his veterinarian followers, who many of them declaw cats, and his cat owners, who many of them declaw their cats.

I never heard back from him and 10 days after this email conversation, he published this story I’m Being Cyber Bullied!   instead of writing something that would educate the public about scratching behavior, the humane alternatives, or why declawing is harmful to all cats. After he posted his cyber bullying story on his facebook page, he received hundreds of comment of support and love from his followers and veterinarian colleagues. #Pity

****** UPDATE ABOUT HIS VETERINARY PRACTICE- When people call about getting a declaw, the employees on the phone now say that you have to book an appointment and the doctor will go over options to declawing.

The same week that I reached out to Dr Andy Roark, I also reached out to Dr Marty Becker who had done a few stories about declawing and scratching issues with cats. He was so amazing and said he would write a blog post about the pain and trauma caused by declawing and help with the awareness about the bill to ban declawing in New York.  He wrote this awesome story, that most likely saved hundreds of cats through the awareness. He knows the urgency in helping with this important cause and truly cares about helping the welfare of cats over losing any veterinarian followers who might be in favor of declawing cats. Dr Marty Becker Declawing Story

So, now you know the rest of the story.